Poignant, pithy and piercingly astute, The Connor Brothers perfectly mix social commentary with vintage novel covers to provide an experience that is akin to a retro book fair on a sugar rush.

Injecting their playful, albeit it, poignant flair into their pieces, London based artists Mike Snelle and James Golding, bring their latest show “All My Life I’ve Been  A Liar And That’s The Truth” to Sydney’s Nanda/Hobbs Contemporary. Operating once again under the nom du plum “The Connor Brothers”, this marks the duos first time back in the Australia spotlight since their 2015 show “Brave New World”.

The Connor Brothers latest showcase could not be more appropriate, in a time where society plasters every mundane and benign thought across social media, in an effort to convince not only others, but more so themselves, that their life is more exciting than in its reality, “All My Life I’ve Been  A Liar And That’s The Truth” pierces through this facade and brings to the surface the true mindset of society. This being that we all suffer from moments of insecurity and self-doubt.

Taking priority in the show is their collection of pieces aptly titled “Pulp Fiction”, cleverly referring to the medium, but also the underlining truth behind the superficial front that society projects to hide their neurosis. Taking imagery from 1950’s era dime novels and re-imagining them with haunting commentary. The artists uses “dime novels”, as they are commonly referred to, as their medium of choice as a way to symbolize the “quickly digest then discard” nature of social media, where peoples every action, every train of thought is instantly accessible, critiqued and quantified then disposed of without further notice.

The additional commentary inserted into each piece exposes the truth behind the fiction, where even those who portray a carefree lifestyle on social media, they too often are burdened by the creeping thoughts of self doubt and insecurity like the rest of us.

Exhibiting a chilling look into the human condition, The Connor Brothers offer an elegant take on such a bleak issue, while still maintaining their signature style of humour and playfulness that is present in all their work. With a topic as socially taboo as mental health and insecurity, the artists are able to bring this into the view of the public without bringing the mood, and by association, the reaction to a dark and negative result, instead they successfully blend these two polarising personalities (self doubt and sarcasm) so the viewer is presented with an experience that is enjoyable and full of humour, while still not detracting from the very serious message of the piece.

* All Images Courtesy of Nanda/Hobbs. Used with permission.

KAWS: Companionship In The Age Of Loneliness At NGV 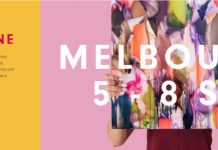 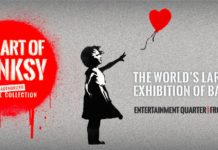 The Art Of Banksy: The Unauthorised Private Collection

ABOUT US
Enzpired is an online art magazine curating news from across the art world with a classy and elegant approach. Based in Sydney, Australia
Contact us: [email protected]ired.com
FOLLOW US
© Enzpired 2023